You are here: Home Blogs Seagulls Have Become a Major Issue

Seagulls Have Become a Major Issue

Enquiries about ‘seagulls’, which usually relate to the large Herring Gull are certainly on the increase. You just need to read the press and every week you will find a story about these birds causing havoc somewhere on the coast or inland.

The main issues that come from business owners relate to mess, attacks on people and property damage.  Typical problems will include bird droppings (guano). Guano is generally known to be a source of bacteria which can be transmitted to humans and ultimately lead to disease. Property issues include blocked gulley’s and drainage problems, however, we also have incidents of gulls pecking through skylights on roofs and attacks on people.

With bird control, you need to put in place a detailed disruption and dispersal programme. Its not a quick fix, it’s a method that over time will reduce the amount of birds or even make the location a bird free zone. The key to success is timing, education and physical deterrents.

In March, Herring Gulls start their nesting season, so it is important to get the plan in place before this time.

During the summer season, Herring Gulls are feeding and protecting their young and under the Wildlife and Countryside Act 1981, you cannot disturb nests, eggs or the young which include trying to disperse the adults leaving the young behind. The gulls will seek out food by any means possible. If you feed the birds, leave unsecured rubbish bags out for collection and drop litter in the street, people will make it easy for the gulls and this will be the main reasons the area is experiencing problems, particularly in the spring and summer seasons. People need to take responsibility over educating others on litter and food.

At the end of every nesting season (usually September until February) all nests and nesting material should be removed from buildings as they will return to breed. Gulls will typically return to site year after year as they are fairly territorial. If chicks also return to ‘their site’, any problems experienced now are only likely to increase in line with an increased volume of birds present, year on year.

This is the key time to implement bird control measures.

Bird exclusion netting
Professionally installed bird netting protects buildings without harming birds. The netting will act as a barrier preventing the birds from landing on the building roof. Our team design and install bespoke bird netting systems based on a site survey and when completed they typically don’t need much maintenance. 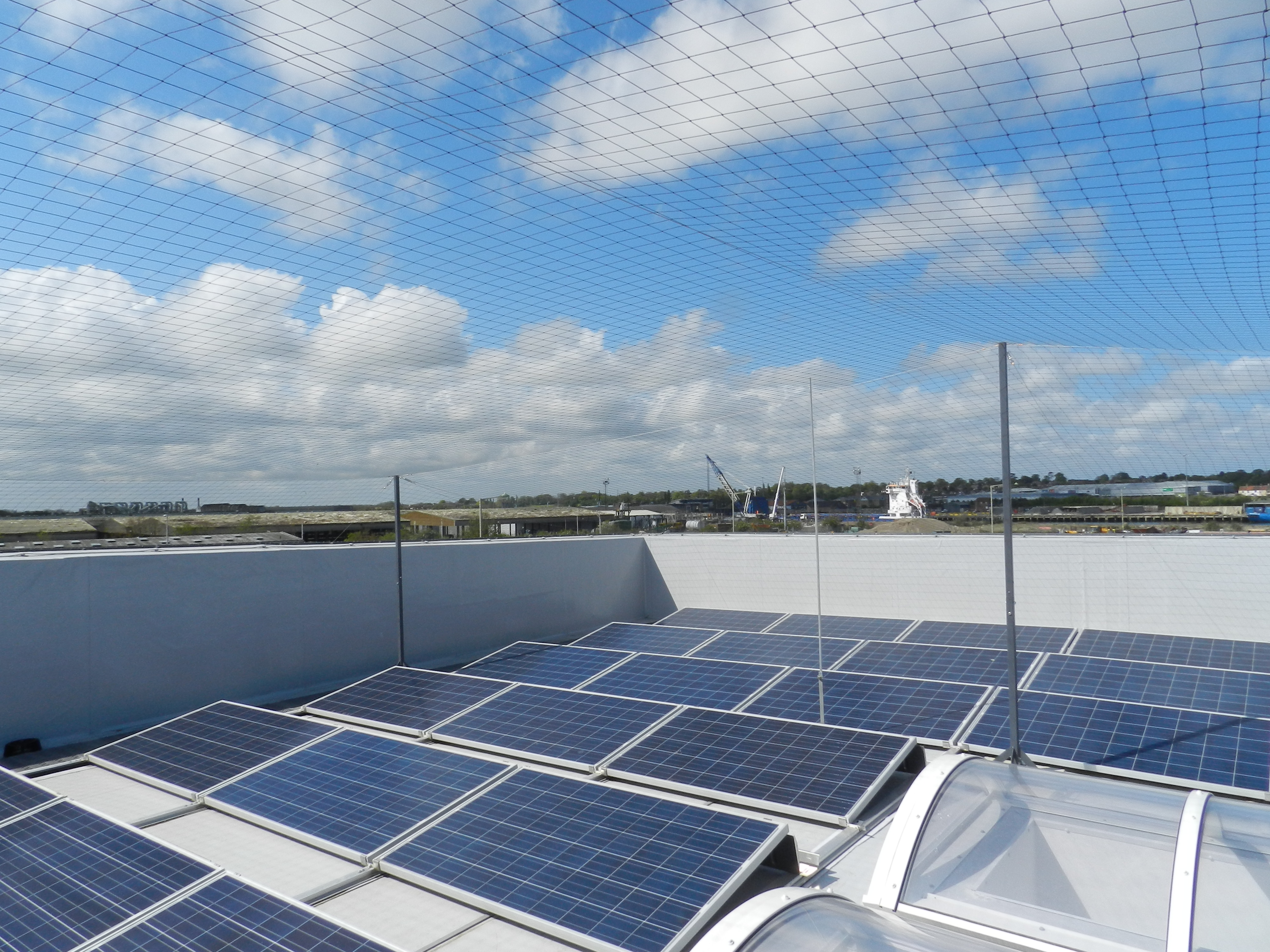 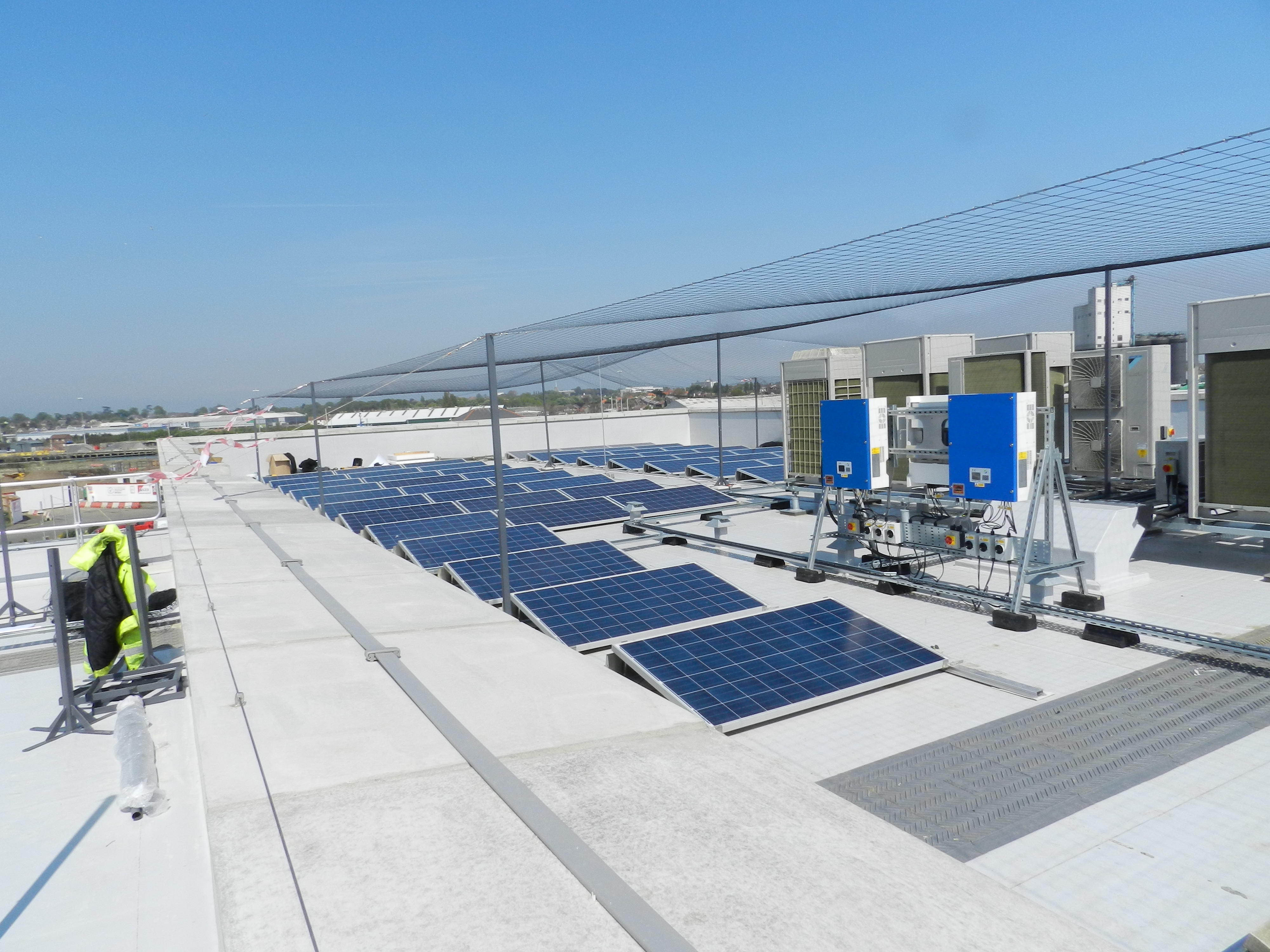 Bird repellent gel
Bird deterrent gels are non-toxic, they do not harm the birds and are much more discreet than netting. Birds are deterred from landing on a surface by the UV light reflected from the gel. We apply the gel to small dishes at close intervals and will remain effective for at least two years even in harsh climates. 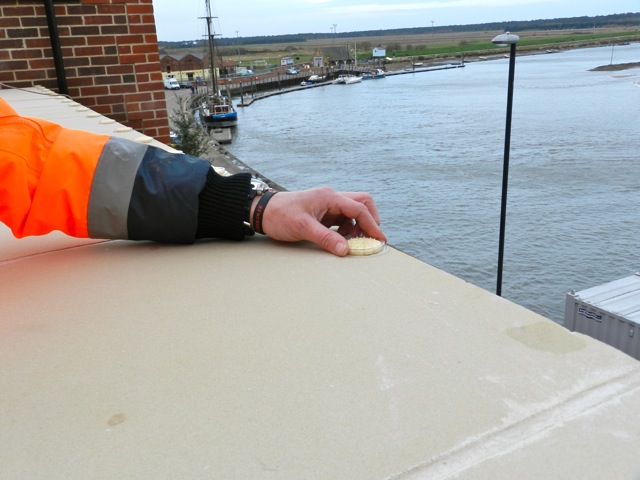 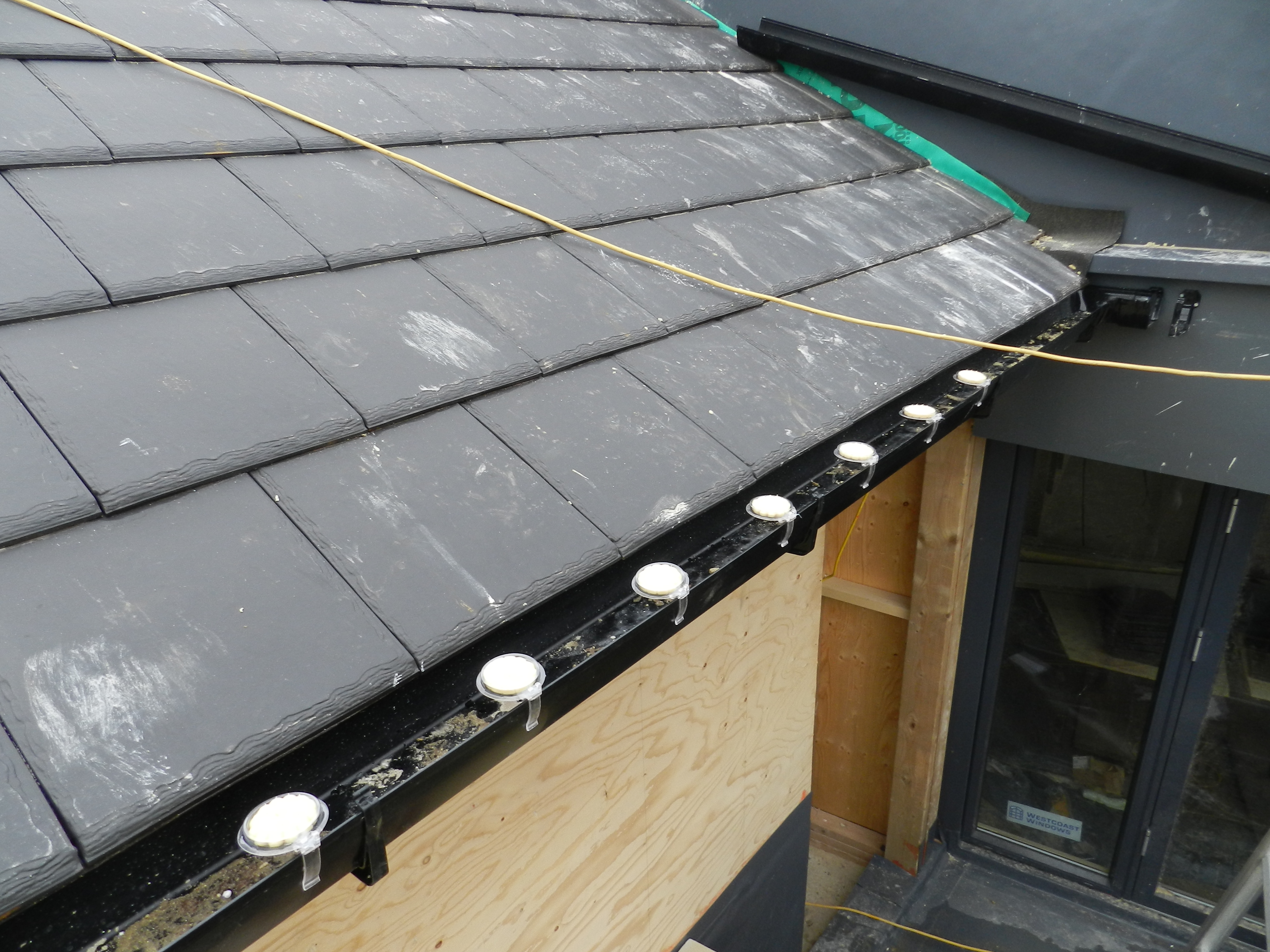 Laser control
Enter the world of technology. Laser control is a very effective way of managing bird issues. An approaching laser beam appeals to the survival instinct of birds, causing them to fly away immediately. One laser system installed on a roof can cover up to 3,000 acres and reach 2,500 meters in the right conditions. The lasers are programmed to operate on various roofs and at set intervals during dawn and dusk. We have had major successes with this method at Sizewell Power Station. One laser has significantly reduced the number of gulls present at this facility. 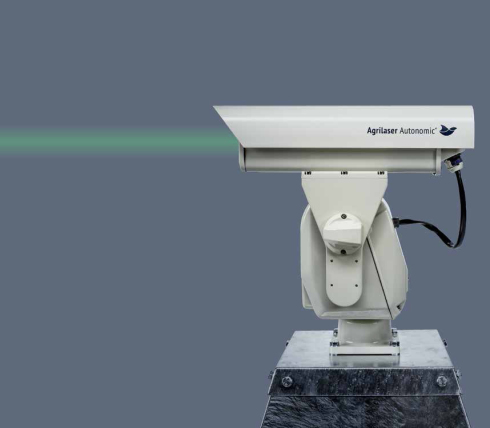 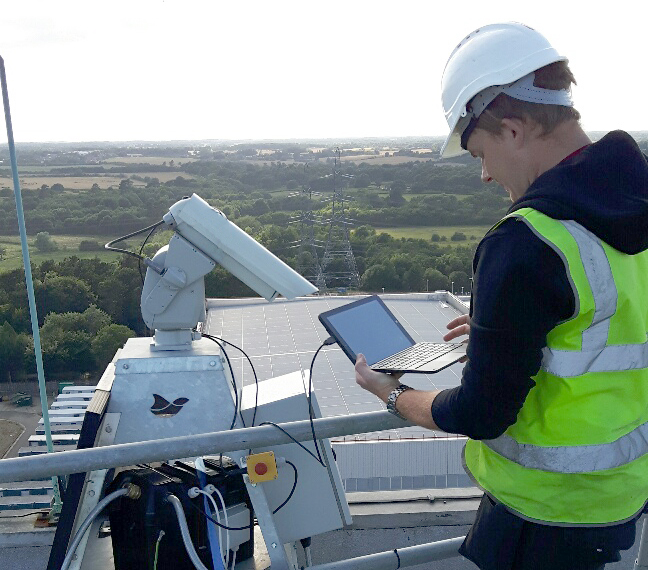 Dispersal of Gulls using Distress Calls
Another method of dispersing birds is using a device which transmits digitally stored distress calls. The system we use has 9 different bird distress calls, including different gull species, starlings and pigeons. When sounded the birds will lift, circle around where the distress call is coming from, look for a predator below and start to feel that the area is unsafe as they cannot locate anything. These systems are available as a portable megaphone or can be hardwired on a timer. This is the same system as used at airports to keep birds away from runways reducing the risks of bird-strikes. 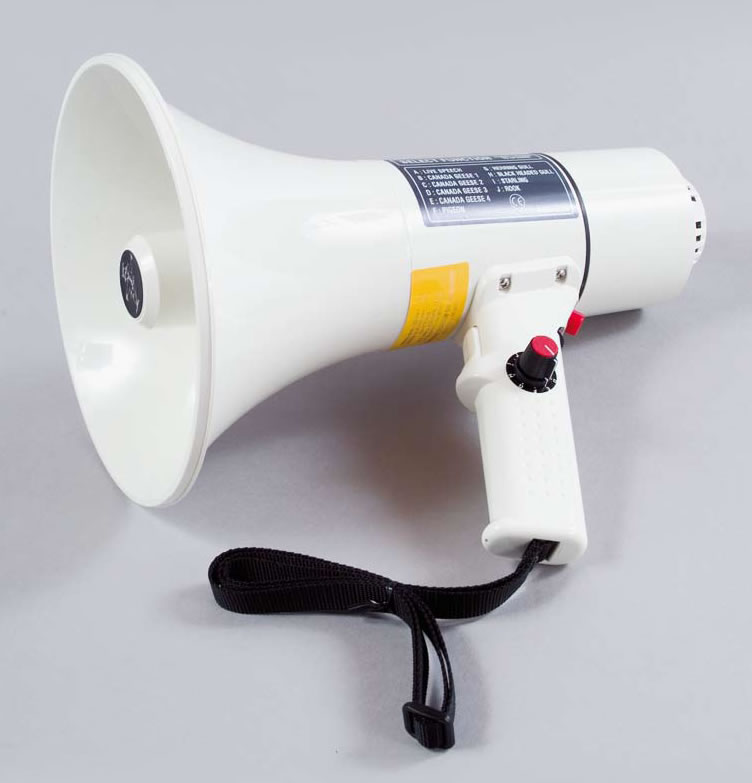 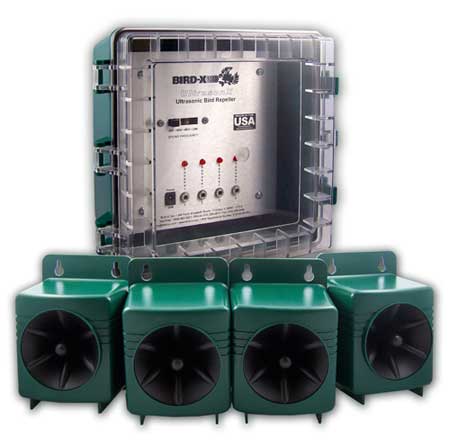 What is the law?
All wild birds, their nests, eggs and chicks are protected by law (Wildlife and Countryside Act 1981). Even an empty unoccupied nest may not be removed within the breeding season.

However, in very particular circumstances property owners can have Herring Gull nests and eggs removed by a specialist contractor, under the terms of a Natural England General Licence. This may include:

Our advice is to start looking to plan a programme which will commence in September. We are happy to provide a free survey and quotation. Please get in touch by calling us on 0800 980 9767 or via our website.