Abate Pest Management, based in Morley St Botolph near Wymondham has recently been supported by the New Anglia Local Enterprise Partnership, which is partially funded by the European Regional Development Fund.

Abate who predominately works with commercial businesses, has been growing throughout the Eastern region with advanced service work and specific projects such as bird proofing of buildings.

A grant was awarded to support the purchase of a new trailer for a 9 metre scaffolding tower which has resulted in a better service being offered to customers. Managing Director Jon Blake said: “Getting equipment to a job at the right time is vital so it doesn’t hold up the schedule and cause client disruption. Now we have a trailer with the tower, we are totally in control.” In addition, following the expansion of the Head Office last year, a new CCTV system has also been purchased and installed thanks to the scheme.

Jon continued, “It was really nice to receive expert advice from the New Anglia Local Enterprise Partnership. The grant has helped us with the continued growth of the business.” 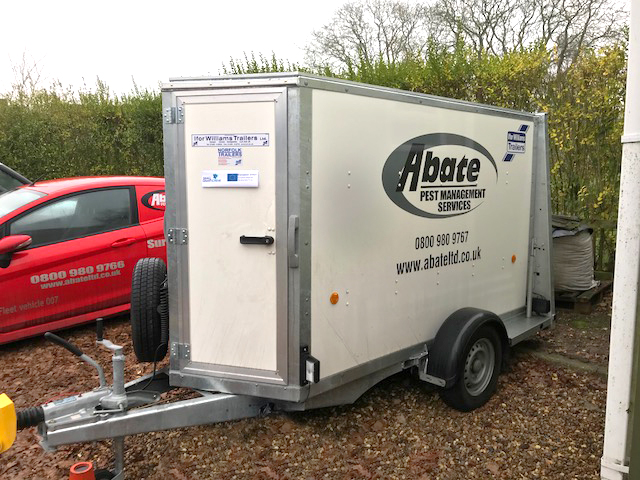