You are here: Home Blogs Bees impersonating as Wasps

According to statistics, there are more than 250 species of bee in the United Kingdom. One of those is the Ivy Bee, which is a very clever species, as its back half impersonates a wasp!

We recently got called out on an emergency response to a site which looks after vulnerable adults. At first, it was reported that a swarm of wasps were inside a polytunnel, which had several different crops growing inside it.

When our technician arrived, he identified that they were bees and not wasps and called in one of the local beekeepers to the site.

They responded and went out later that day and placed some food and items downs to encourage them into a box, so these could be taken away for a honey nest.

The Ivy Bee was first recorded in the UK in 2001 and has now been found in much of Southern England and Wales, and in the Channel Islands.

They are a very docile bee. Our technician even got a bunch of them in his hood and jacket and not once did they try to sting.

As suggested by its common name, Ivy is the main plant used by this bee for pollen. It is seen when Ivy is in flower, from early September to early November. Ivy Bees nest in loose, light or sandy soil on southern-facing banks and cliffs with Ivy nearby for foraging. They are solitary bees, but when conditions are suitable, there may be thousands of nests in the same area. 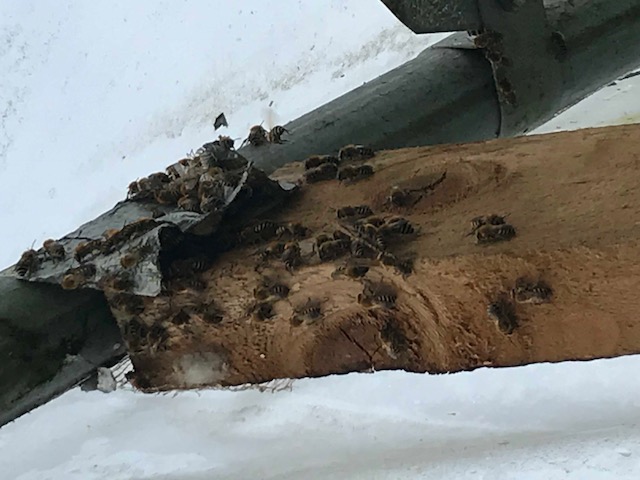 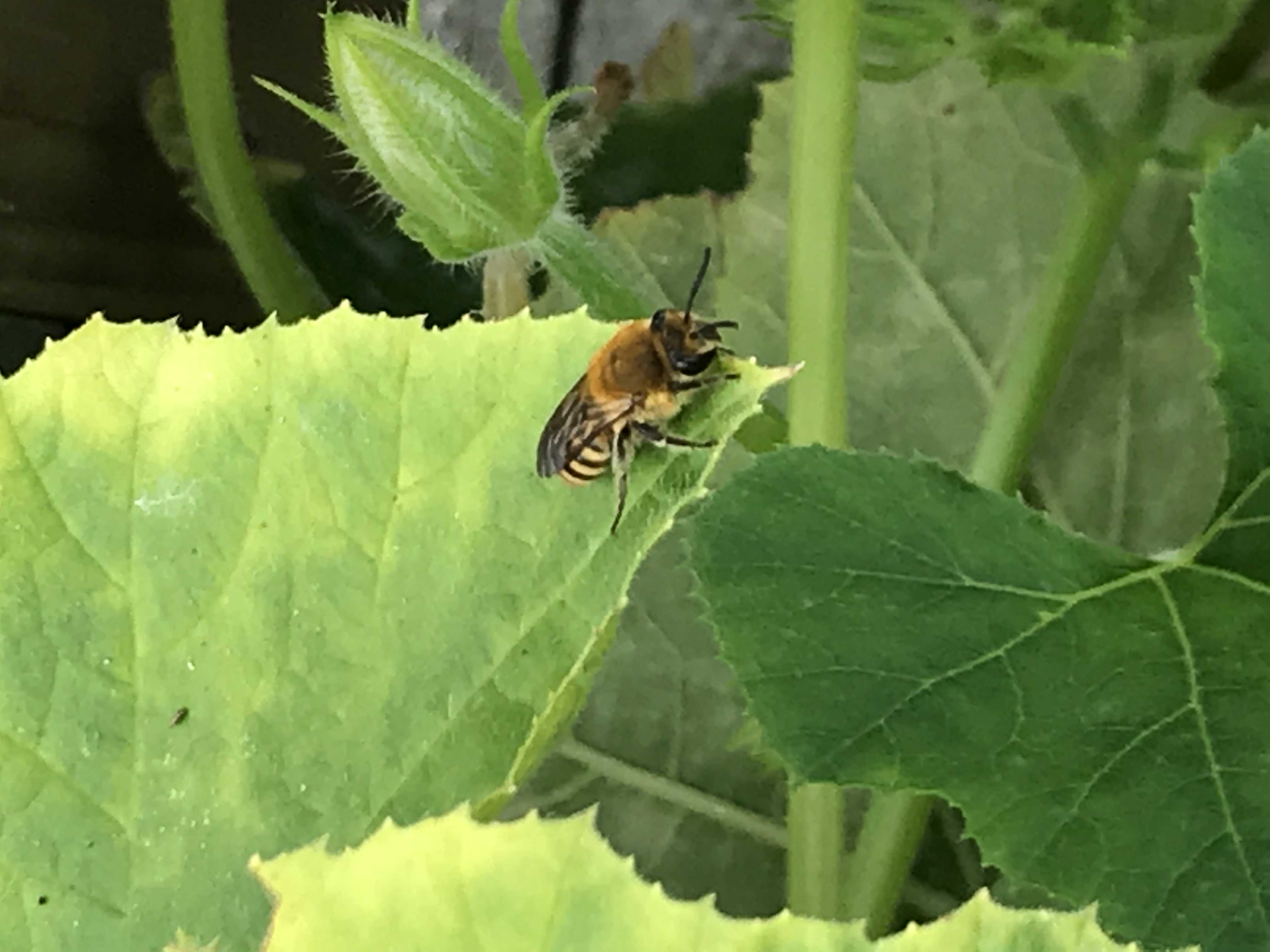